Nashville, Tennessee, March 13, 2017—In response to a lawsuit filed by Dustin Owens after he was cited for displaying what his arresting officer claimed was an “obscene bumper sticker,” lawyers for the Metropolitan Nashville Police Department have conceded that “Mr. Owens is correct that the bumper sticker at issue does not fit the criteria of ‘obscene and patently offensive’ as those terms are defined in Tenn. Code Ann. § 55-8-187 and under relevant First Amendment jurisprudence.”  As a result, Metro has agreed to dismiss Mr. Owens’ citation, and it will also submit to a declaratory judgment that the bumper sticker at issue “is protected by the First Amendment to the U.S. Constitution.”  Under the parties’ settlement agreement, Metro will also pay for the costs of Mr. Owens’ lawsuit. 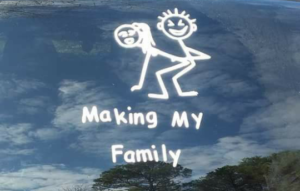 Said Daniel Horwitz, Mr. Owens’ lead counsel: “The statute under which Mr. Owens was cited is facially unconstitutional.  Hard-core censorship of this nature also has no place in a free society.  We’re ecstatic about this victory, and we appreciate Metro’s prompt concession that the position taken by Mr. Owens’ arresting officer was nakedly meritless.”

Added David L. Hudson, Jr., who also represented Mr. Owens in the lawsuit: “Mr. Owens’ bumper sticker is clearly protected speech, a form of parody, and not remotely close to obscenity.  I applaud Dustin’s courage in challenging his unconstitutional citation, and I am proud to have represented him.”

Mr. Owens’ Complaint against the MNPD and his Application for a Temporary Injunction are available here and here, respectively.  The individuals referenced in this release will be available for further comment at daniel.a.horwitz@gmail.com and davidlhudsonjr@gmail.com once the parties’ settlement agreement has been approved by the Court.

Selected media coverage regarding the case is available at the following links:

-Heat Street: Tennessee Cops Back Down on Fine For ‘Obscene’ Bumper Sticker of Stick Figures